Urban renewal and transformation in a time of growth. 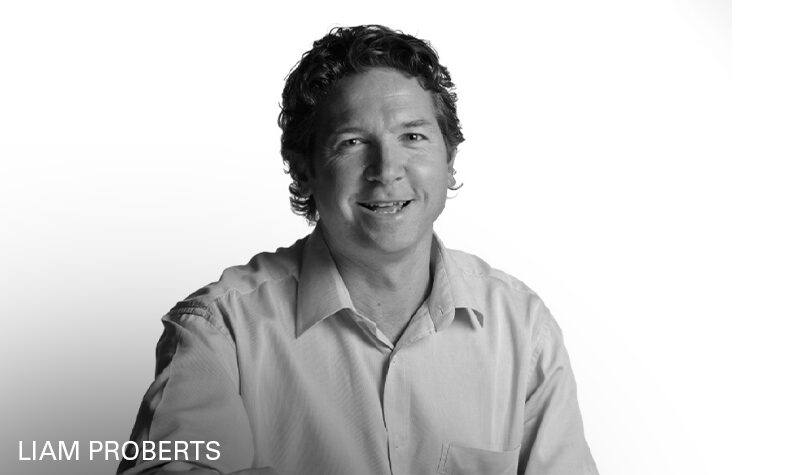 In December 1990 Liam Proberts Architects began, and the seed of bureau^proberts was planted. On the drawing board in the early years of practice were small-scale residential projects, including O’Shea House at Currumbin on the Gold Coast and Reinhardt Residence in Brisbane. By the end of the 1990’s the booming economy brought promise of growth and the practice began to engage with urban renewal projects across Brisbane’s rapidly transforming inner-city neighbourhoods. Milestone projects included Abodis, Fortitude Valley and Kingsholme, Newstead. In 1998, a young Terry McQuillan joined the team, thus cementing a working partnership that has continued uninterrupted ever since.

A time of growth

The 1990’s was a time of growth and exploration for Brisbane and South-East Queensland as well as for our emerging architectural practice. The work of that period lay the foundation for subtropical living and urban renewal. As we look back on this decade, the ambition has endured; to create buildings that acknowledge their historical and environmental contexts while shaping the direction of our cities and environments. 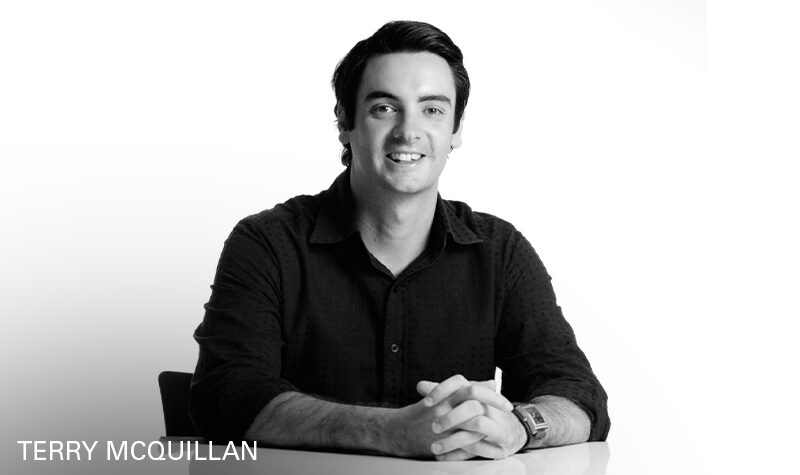 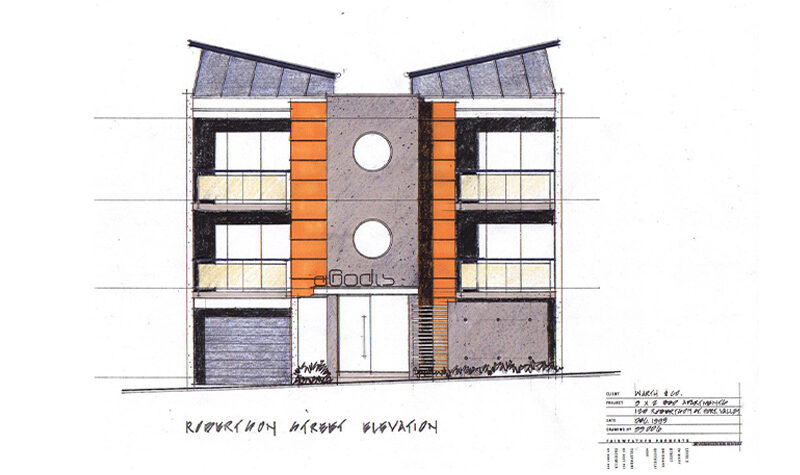 O’Shea House (1992) was our first project to be recognised by the RAIA. The project explored ideas for sub-tropical living that are now embedded in our practice. A fluid relationship between the landscape and interior contribute to the successful harnessing of light, ventilation, and outlook. A climate-sensitive agenda underscores the architecture of
lightweight materials and robust forms which reference local Beach House traditions.

Reinhardt Residence (1996) explored the architectural traditions of the ‘Queenslander’, reinterpreting ideas about traditional materials and forms in contemporary ways. The architecture marries solid forms with a more traditional light- weight timber frame and envelope. Timber-framed louvres and doors establish the openable edge to the garden and recall the light-quality and character of the traditional ‘Queenslander’ veranda.

Abodis (1999) was the first residential insertion made on an industrial street in the rapidly transforming enclave of Fortitude Valley, Brisbane. The apartment’s strong street presence distinguishes it from industrial neighbours while borrowing a material language of concrete and steel. Each of the nine, two-bedroom apartments draw light and air from two sides – the street and central garden – thus unlocking the constraints of a deep, narrow site. Abodis was published in HOUSES magazine, at a time when few multi-residential projects were deemed newsworthy.

Kingsholme (1999) was another marker of change in the urban environment – a contemporary apartment building on a street otherwise comprised of historic Woolstores in Newstead, Brisbane. Continuing the hard street-edge, the apartment’s facade utilises steel-supported, face brickwork as an expressed masonry element. Brickwork was employed to both acknowledge and stand in contrast to its massive and decorative use by adjacent predecessors. 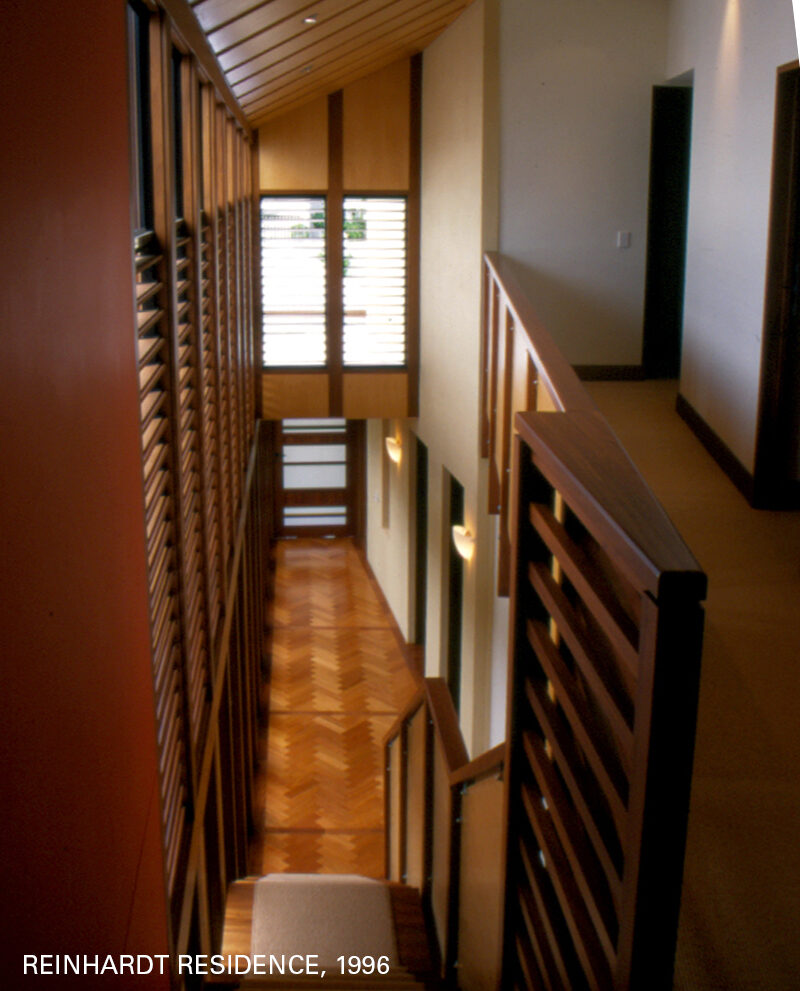 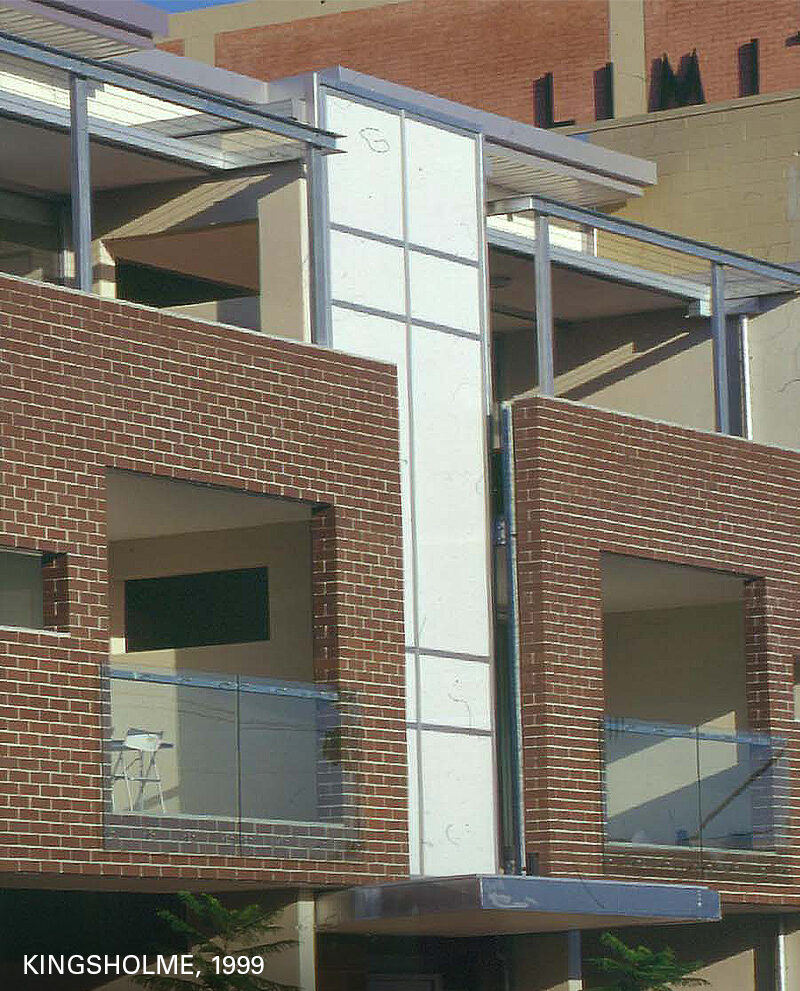